ON International Women’s Day, Glasgow-based wholesaler JW Filshill gives three female employees a platform to talk about their jobs, opportunities for women within the company, aspirations for the future and what they love about working in wholesale. 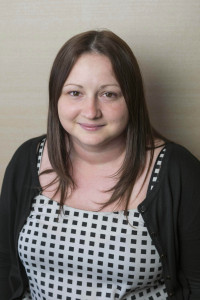 A: I first started working for Filshill in 2004 when I was a student at the University of the West of Scotland. It was a weekend job and I was saving up to go on holiday. I knew the company because I lived in Paisley – it was known as “the sweetie company”. It was also a family company and that appealed to me.

Q: What was your first job? Wholesale is traditionally considered to be a male-dominated industry – so were you phased by that?

A: I can’t say that I was because I’m the sort of person who just gets on with it. My first job was on the checkout. After uni I took a year out and continued to work at the checkout, helped in the cash office and telesales then moved to the goods in department. Sometimes the guys would be cheeky and say things like “are you sure you can lift those beans” – I’d just laugh and show them that I didn’t need their help.

Q: Were your male colleagues helpful and supportive?

At the time there were two females on the checkout and I think they were initially surprised but after they saw we were keen to work they treated us no differently. I have had a lot of help and support from male colleagues at various stages throughout my career.

Q: You were at university. What was your career plan at that time? And what attracted you to Filshill?

A: I’ve got a Bachelor of Arts (BA) Honours degree in Communication and Media Studies so a career in wholesale certainly wasn’t on my radar but I really enjoyed working at Filshill as a student because there was a great atmosphere – I became more and more engaged with the company. Part-time became full-time and I joined the commercial team in 2009. I love it.

Q: Despite the great strides in society, many professions – including wholesale – are still seen as a male domain. Mention wholesale and many people will immediately think: that means shifting boxes and operating a forklift in a warehouse. What do you think?

A: I can understand why people with no experience of our industry think that. People have certain perceptions but I’ve shifted boxes in my time and it was no big deal. For a lot of women though it’s about finding a job that fits around their family life – often that’s shift work so doing a job in a warehouse could be right for them for that reason.

I took on the checkout role even though I knew it would involve heavy lifting and manual picking but with proper training there is no reason why a female cannot do the same job as a man if they want to.

Q: Regarding wholesale in particular, is the industry making progress? There are many different jobs within wholesale – sales, customer service, finance, marketing.

A: Again, it comes down to your perception of what wholesale is. It’s about getting the message out there that that there are great jobs in the wholesale industry. My job involves meeting people, negotiating deals – it’s a job that challenges me and requires a lot of different skills that my managers have encouraged me to develop. In that respect Filshill is a really forward-thinking company that empowers its employees – male and female.

I have relationships with several departments having worked in them previously so that gives me an advantage and helps me understand different aspects of the business. I also think wholesale is diversifying in many ways and Filshill, in particular, is very customer focused which is why we now have a new customer service manager who can deal with any issues there and then.

Digital is also big for us with half of our orders now coming in online. This is where we can influence and help the customer – at point of purchase. Sue Man has also been brought in as group marketing manager to oversee all marketing from brochures to digital to in-store – this ensures it all flows properly.

Q: Generally speaking, what are the barriers, in your opinion, to women pursuing a career in wholesale?

A: Some jobs will not appeal to some women because they are quite physically demanding but Filshill is an award-winning company that wants to attract talented people regardless of gender so the challenge is to promote wholesale as an exciting sector that provides career progression for both men and women. As previously mentioned there are roles in sales, marketing, finance, customer service and so on.

Q: Many people believe that a job should go to the best applicant – male or female – and worry that quotas might prevent talented men getting the jobs they deserve. What do you think?

A: At Filshill, the main requirement is that you are the right person for the job. Companies could lose out on a great male candidate if they have to meet quotas and I don’t think any woman would be comfortable getting a job because of her gender as opposed to her skills and suitability.

There are not a lot of females in senior management or higher roles in wholesale. However, I don’t think that is gender-specific as I believe that if you put in the hard work and time then there is no reason for you not to progress – it doesn’t matter what sex you are.

Q: Finally, what makes Filshill a great place to work?

A: It’s a family business and everybody knows everybody else which makes the workplace a good place to be. Everyone is busy and there are challenges as there would be in any business but the directors are very supportive and actively encourage staff to share ideas. We work hard but enjoy it and always encourage each other.

I was encouraged to participate in the Scottish Wholesale Association’s mentoring programme as part of my career development and, in 2016, I won Employee of the Year at Scottish Wholesale Achievers after being nominated by senior management. I was pretty blown away that out of over 200 members of staff I was selected for the nomination.

It’s a company that’s open to new ideas and willing to allow you to try new things. We were actually one of the first wholesalers to role out a £1 Zone in-store over five years ago when we saw an opportunity with the rise of the discounters. Our sales director supported us and we got specific POS and packs which have now been rolled out to over 400 stores – this is worth over 40% of our impulse turnover. 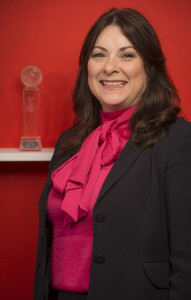 A: I’m a relative newcomer to the company – I joined JW Filshill in November 2016 after 18 years with Camelot. I was familiar with the company having worked with KeyStore retailers and when I was made redundant I was approached by Filshill’s sales director Ian McDonald, who recently retired, to ask if I was interested in joining his sales team.

Q: Is the wholesale industry doing enough to attract women? Is it still seen a male domain?

A: Not nearly as much as it was but I do think we need to talk about it more. At the recent Scottish Wholesale Achievers dinner in Edinburgh there were a lot of women there – that suggests the industry is making excellent strides. Filshill is a great example of a wholesaler that has both men and women working in various roles.

Q: What’s your view on the subject of quotas?

A: I certainly wouldn’t like to get a job because the company had to meet a gender quota – I don’t think any woman would want that. If you are the right person for the job then you should get that job.

Q: As someone who’s a fairly recent arrival at Filshill, what makes it a great place to work in your mind?

A: In my previous job I was quite isolated from my colleagues because I was on the road most of the time. At Filshill, I’m always out and about meeting retailers but the office at Hillington is a great base so there’s more opportunity to engage with colleagues across all areas of the business.

There are a lot of long-serving staff here and speaking to them gives you great insight into the company – I’m always learning something new about Filshill and its people. The recent extension to the office has provided fantastic meeting spaces which is conducive to sharing ideas. 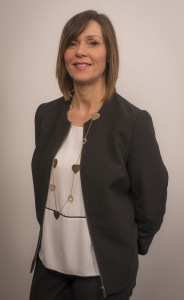 A: I joined the company just over six years ago having worked for Cadbury’s/Mondelez as an account manager. I looked after Filshill so knew the company well. Prior to that I worked for Trebor – 27 years ago – and used to pick up stock from Filshill. My job involves four big customers – the Scottish Prison Service (SPS), Scotmid, G101 and Caledonian MacBrayne (CalMac).

Q: You’ve been involved with the wholesale industry for a long time – what changes have you seen?

A: There are definitely more women working in the industry now which is a good thing but I believe that it doesn’t matter what your gender is – an employer should appoint the right person for the job regardless of gender. I think there should also be both men and women on interview panels to ensure a fair balance of views.

Q: Is the wholesale industry still considered to be a male domain, do you think?

A: Yes, to a certain extent when you look at some of the jobs available in the warehouse. There are some jobs that many women might not want to do. However, there are plenty of other great jobs for women – in sales, HR, customer service, marketing and so on.